Help support the site by using our Amazon Affiliate link when making any purchases from Amazon.
Post Reply
9 posts • Page 1 of 1

Good Morning. It's Thursday 16th January, and here are the latest headlines from Elland Road...

The bookies have Leeds as joint favourites to land Dwight Gayle from St James Park. The Toon forward 29, is get to get off the mark after nine appearances, and with time running out in the transfer window, Leeds have to replace Nketiah.

Yet another potential target has signed with one of our competitors. Seagulls veteran Glenn Murray is heading for the City ground.

A troubled Leeds fan tweeted Phil Hay yesterday asking him “How confident are Leeds of securing all three deals,

Never one to mix his words, the former Chief Football writer for the YEP candidly replied "You have to say that if they drop the ball again this window they’re truly screwed.”

Is this Leeds last chance if they realistically want automatic promotion?

Eddie Nketiah is staying at Arsenal

Having impressed Mikel Arteta in training over the last fortnight, the 19 year old has been asked to stay at the Emirates and is set for more game time than he got at Leeds! How does that make sense?

This will come as a bitter blow to Bristol City. I'm sure we all send our condolences.

Six months after his transfer, Pontus Jansson's Brentford sit one place and six points below the Whites, and are the only Club in the Championship to have a better goal difference than Leeds!

Is he better than Cooper?

Did Bielsa have to get rid of Jansson, so he could bring Ben White in?

We need to remember that nobody expected White to come of age the way he did, especially as his previous loan spells were confined to the lower leagues. I'm sure even Bielsa is gobsmacked the way the young seagull has settled in. My point is, gaining White's fee would have been negligible!

Did Bielsa get rid of Jansson as the two did not get on?

It was obvious after the Villa game when Bielsa instructed Leeds to let the Villans walk the ball into the net that there was tension between the two. That was confirmed when Jansson was omitted from the play off second leg when Leeds defence fell apart and Derby scored four. Looking back at the Derby game, was it the right decision to leave Jansson benched?

Do you think that the other 91 league Managers get on with all their players? I can tell you for a fact they don't, but for the good of the club they put up with the moaning prima donna's!

Did Leeds need the money? Let's have a look to see what Leeds got out of the deal....

Would the negligible amount Leeds received have any impact whatsoever on FFP or to boost their kitty baring in mind the size of the club? 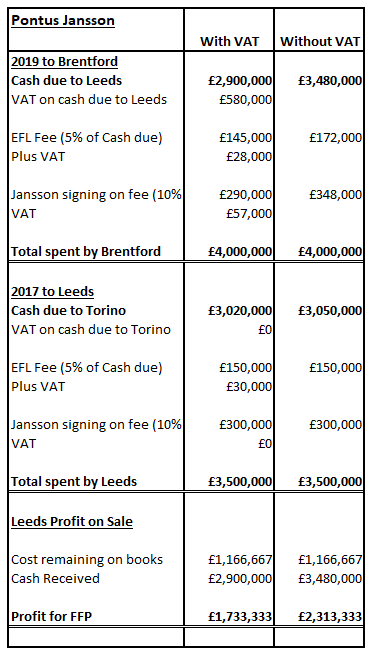 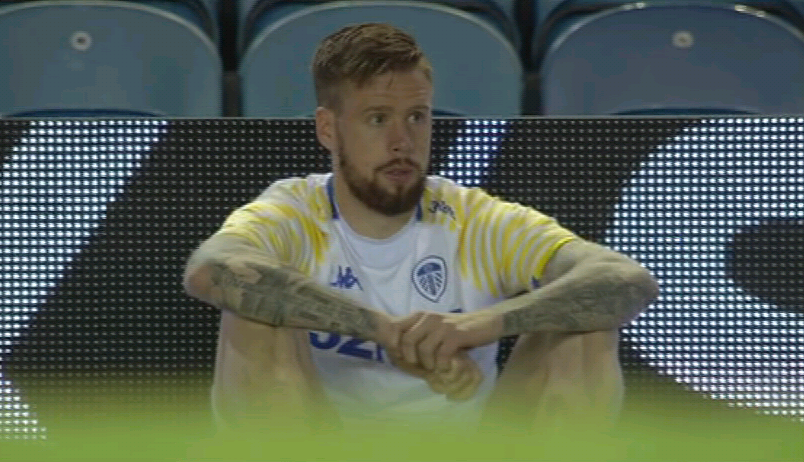 GM...too old to do all the running Bielsa wants from a forward.
PJ...ego's and Bielsa doesn't want anyone like that.
Transfers... can't see Leeds going for Gayle because of the cost.
Leeds are their own worst enemies and they'll screw up again .They get everything they deserve .

BGwhite wrote: ↑Thu Jan 16, 2020 9:08 am GM...too old to do all the running Bielsa wants from a forward.
PJ...ego's and Bielsa doesn't want anyone like that.
Transfers... can't see Leeds going for Gayle because of the cost.
Leeds are their own worst enemies and they'll screw up again .They get everything they deserve .

He picked up an injury two weeks ago, but is returning next week.

I disagree bout Jansson. Ego yes, but passion, caring and determination - yes, and believe me, not all footballers care!!!

He picked up an injury two weeks ago, but is returning next week.

I disagree bout Jansson. Ego yes, but passion, caring and determination - yes, and believe me, not all footballers care!!!

Yes I get it but Bielsa didn't like PJ disagreeing with him publicly but instead of sorting it out man to man I think Bielsa made his mind up he was going right there and then even after saying he's our best player. Pathetic man management imo.

Yeah strange decision - especially after bielsa said he was our best player over the season. Shouldn't have been enough for the club to sell jansson given his popularity and consistancy
Top

Also just read that Sami the interpreter left because the relationship between him an Bielsa soured according to Phil Hay.

Some say he was not interpreting properly... I thought he was more fluent than the present one, while others say he was sticking his oar in during coaching sessions.

And as for centre backs Bielsa let Halme and Shaughnessy as well as Tom Pearce at left back.

He wields the axe and clears the forest. Some would say getting rid of dead wood and cutting the wage bill. But the ground is looking awefully bare.

Sent from my SM-G903F using Tapatalk

Management have got a lot right but a obvious ones wrong.

So we our profit on Pj went towards keeping Nketiah on the bench. At the time some of de ried the por fee we were getting for according to MB OUR BEST PERFORMER - who he dropped against Derby...

Cooper is ok, but will never attain the standing of a stalwart CB. PJ has thise qualities.

Gayle wont come, the would be just another money sink.

Hay is correct, but let's face it we all knew that in August!
'We can wait for the next game with serenity'

I'm with the gaffer on PJ- he was clearly insubordinate and we don't know if what we saw on the pitch was a small sample of what might have been happening off it. No doubting his talent or his heart but you can't have the inmates running the asylum. Team cohesion, direction, and the chain of command are always more important than any one player. And I loved PJ.

Happy to see him playing well and I'll be delighted for any success he and Brentford enjoy as long as they sit below Leeds in the table.
Top

Loved PJ and his enthusiasm, also think he’s a better CB than Coops but he also was all about himself and becoming a Leeds Legend. I doubt we’ll really ever find out why he had to go well until he releasing his book

Our transfer team need to stop spreading rumours and get their finger out and close a deal
A bumble bee under the laws of physics shouldnt be able to fly, but it does because no one has told it that it can't
Top
Post Reply
9 posts • Page 1 of 1