Help support the site by using our Amazon Affiliate link when making any purchases from Amazon.
Post Reply
344 posts

Sixth win in a row

Win in a derby

Win away from home

Top of the table (I know we've played an extra game)

Well done mate, I know you're in bed by now and excitement must be hard to contain...
This is Tinker and my name is er...Spengford Bloke, some kind of robber or ne'er do well
Top

Huddersfield found out what it's like to be us today.

They played very well. Controlled the pace and the play for much of the game, but weren't at all clinical while they watched us make the most of our opportunities.

We did not play well, but I'm encouraged anyway. This was a tough win to grind out. A derby away from home, key players missing, an opponent that took us away from our game, yet we still come away with all three points.

dezzy wrote: ↑Sat Dec 07, 2019 2:31 pm Bloody brilliant win. Tough game, Huddersfield we’re up for that and played well and made it tough for us but we stuck at it and got a comfortable win. Happy days, now off I go to Munster match

I read that as Monster Munch ...first time
This is Tinker and my name is er...Spengford Bloke, some kind of robber or ne'er do well
Top

Big bowls of Jello they are.
Top

A Roman walks into a bar, sticks two fingers in the air and says 'five beers please'.
Top

Ali being questioned about his gesture after he scored....

Hope that convinces the EFL....
'We can wait for the next game with serenity'

Alioski sends a sign to his mother... the car is on its way mom. [/size]
Top

Casilla - 10. Kept Hudds at bay single handed first half
Ayling - 8 - After a sluggish start grew into the game
Berardi - 9 - His imperious self in difficult circumstances, won more headers against a much bigger man than he had a right to
Alioski - 8 - Wonderful tech for the goal and seemed to be everywhere, got caught in defence once or twice
White - 6 - Difficult transition and although he got better his positioning was too deep and got beat a couple of times too easily too when in two minds
Klich - 9 - Almost single handedly dealt with their mid at times, still found time to be creative.
Costa - 7 - Good outlet on the right, improves by the game
Hernandez - 8 - Started off the pace, some wayward passing but got better an key in the second half, took his goal well
Harrison - 9 - Such a dangerous footballer, we had everything today from him from great defence, clever footwork and tantalizing crosses, especially as he struggled to get in the game early doors. We're so much better when we look for James down our left..and that cross, almost as good as the Roofe one last season
Bamford - 7 - Worked his socks off, maybe should have done better with two of his chances but unlucky with the point blank header
Dallas - 7 - Worked hard but tbh not sure what he was supposed to be playing.
This is Tinker and my name is er...Spengford Bloke, some kind of robber or ne'er do well
Top

Might stop in the shop on the way for a packet
I realised I was dyslexic when I went to a toga party dressed as a goat..
Top

Did well there to withstand a lot of pressure but better finishing and they'd have at least a draw. We had a few breaks which we didn't make the most of but we are managing games better this season instead of the gung ho approach which explains fewer goals but more clean sheets. What an introduction for Eddie as well...he had a hand in the build up and his pace immediately put Udders on the back foot. Hope he stays .

A nod is as good as a GOAL 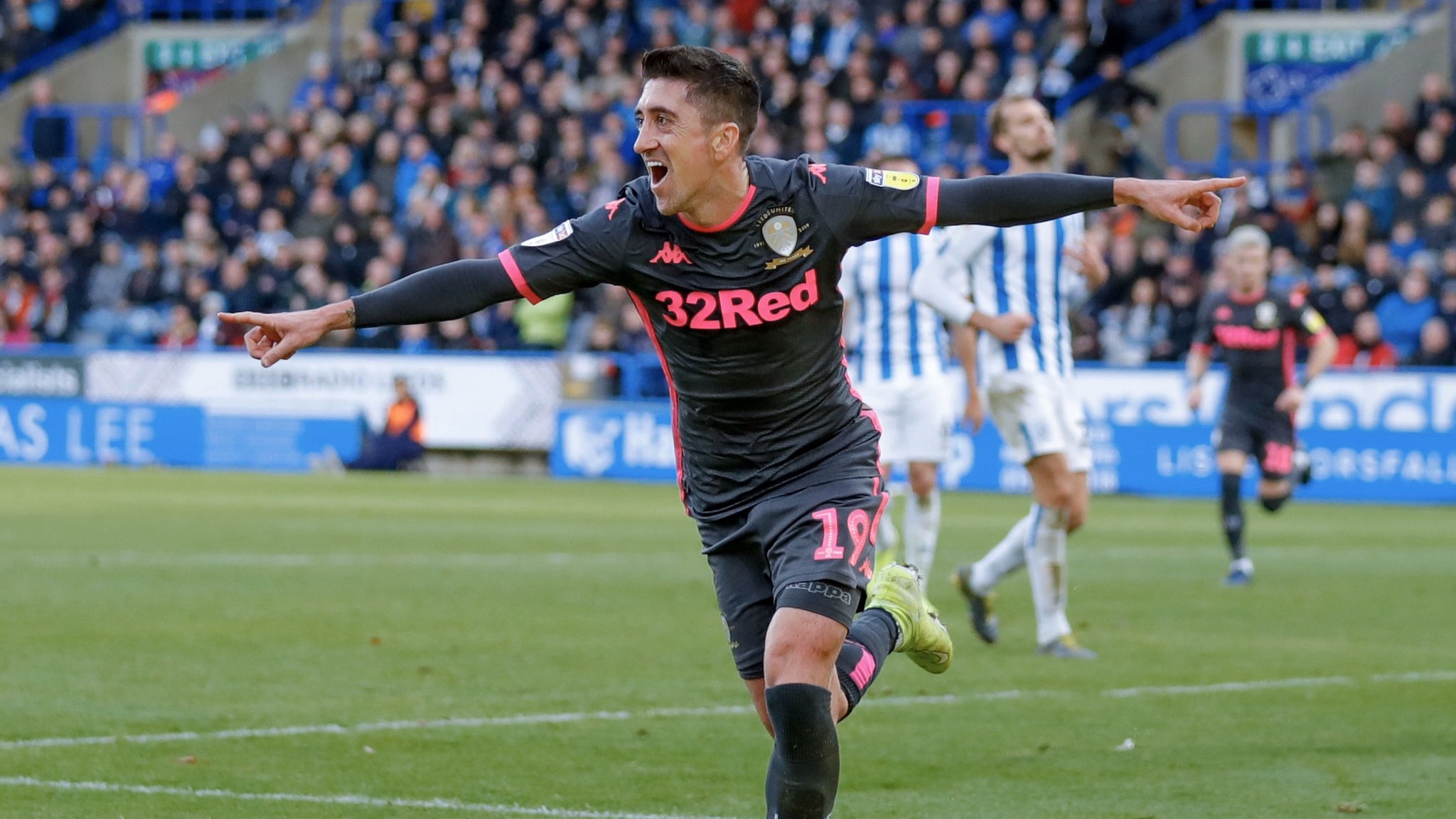 Good luck against Saracens today, big game by the looks of it
Last edited by faaip on Sat Dec 07, 2019 2:49 pm, edited 1 time in total.
This is Tinker and my name is er...Spengford Bloke, some kind of robber or ne'er do well
Top

Pros:
3 points
Clean sheet
6 in a row
Won without Kalvin
Won without Coops
Harrison's cross for Pablo
Casey debut
Kiko's save
Town losing their cup final
Scored from a corner

Cons:
Struggled with their hoofball/set pieces
Alioski's celebration - unfortunately it'll draw bad press and accusation from the Daily Heil/Sly Sports etc
Still wasting big chance when 0-0/1-0 up
White struggled at DM
Shocking offside call for 2-0 - VAR needed
I promise to be positive only for 20/21

Good luck against Saracens today, big game by the looks of it

I got two packets to be safe. Ya big game, Sarries with a weakened team this week
I realised I was dyslexic when I went to a toga party dressed as a goat..
Top

I don't think there were any cons today, we rode a couple of set backs fairly well and Hudds came to play and counter our counters. Didn't notice Alio's gesture tbh. The offside was not our fault.
This is Tinker and my name is er...Spengford Bloke, some kind of robber or ne'er do well
Top

Not been a Union fan for years to be honest..Used to be a Wasps fan when they played in Sudbury, and a bit less when they were at Loftus Road, gave up when they moved to Coventry and lost interest in the game
This is Tinker and my name is er...Spengford Bloke, some kind of robber or ne'er do well
Top

faaip wrote: ↑Sat Dec 07, 2019 2:56 pm I don't think there were any cons today, we rode a couple of set backs fairly well and Hudds came to play and counter our counters. Didn't notice Alio's gesture tbh. The offside was not our fault.

I didn’t real time but saw it back, very misjudged even though innocent intent.
Top

Looks like a heart sign...not sure how you can mis-judge that unless it's become a symbol of something else lately
This is Tinker and my name is er...Spengford Bloke, some kind of robber or ne'er do well
Top
Post Reply
344 posts