Should Leeds give the cup competitions a real go next season?

Should Leeds give the cup competitions a real go next season?

Having won the Olympics and been a runner up in the Copa América, Europa League, Copa Libertadores and Copa del Rey, Marcelo Bielsa has not always seemed to take the cup competition seriously at Leeds United. Particularly last season. The 2011-2012 season is perhaps still his most successful season in Europe to date, steering his Athletic Bilbao side to a 10th place finish La Liga. But it was the teams’ performances in the cup competitions that they will be remembered for though. Copa del Rey finalists, beaten 3-0 by a great Barcelona team containing the likes of Messi, Xavi and Iniesta. They also made the final of Europa League, progressing past teams such as Paris Saint-Germain, Manchester United and Sporting Lisbon but were beaten by Atlético Madrid in the final.

But Leeds United have been rather lacklustre in cup competitions over recent seasons whilst Marcelo Bielsa has been at the club. A 2-1 win in the League Cup against Bolton in his first season and a 3-0 victory against Salford City in the same competition the season after his only knockout victories whilst at the helm. The 3-0 loss to Crawley was particularly disappointing. A reasonably strong team, though with plenty of players playing out of position, started well but lost their way after the myriad of changes by Bielsa in the second half. It felt as though we had given up, that Bielsa had given it 45 minutes to win the game and if they were not winning it became about resting players, a game to be taken too seriously. 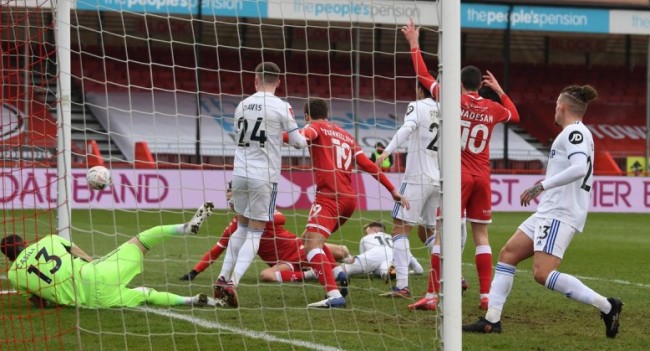 It was an easy first round draw for Leeds and could have opened up a path against Bournemouth, Burnley and Southampton to the semi-finals. As easy a path as you could get to semi-finals of one of the greatest football competitions in the world, but Leeds did not seem interested. The first half against Arsenal in the third round of the FA Cup the previous year went some went some way to showing we could do well in the cups, but last season Premier League survival seemed the priority by a long way, with a disappointing performance against Hull City in the League Cup setting the early tone for our attitude towards knockout competition.

With Premier League survival secured early and fairly easy last season should Leeds take the cup competitions more seriously next season? Despite Leeds’ fantastic performance in the league last season, we are still a million miles away (and about a billion pounds) from competing for the title. The European places could be on the cards if we make the next step up, but the cup competitions could be a real chance at some silverware. After all, Leeds have proved they are a team capable of beating anyone on their day! Leicester may have won the league in recent memory but it was clear their FA Cup victory means so much to their fans, a cup victory would give Leeds fans a massive boost. Reward for having to suffer those defeats against the likes of Hereford, Histon, Sutton, Newport and Crawley!
Top

Yes .
Revie's side first trophy was the League cup , it was a catalyst for much more . Same could be done for this present side , it breeds confidence etc . A footballers career should be defined by trophies and awards , not cash ......the cash should be the bonus for those trophies .If it means a cup , then so be it . Man City and their billions are going to take some stopping and they are quite happy with League cups , so if it's good enough for England's best , it should be good enough for LUFC .
Top

I'd say Bielsa takes everything about football seriously. Of course, he may not prioritise them, and I'd like to see Leeds put in a good cup run, but then again Watford, Hull, Stoke, Portsmouth, Milwall and Wigan have all had great cup runs in recent years, and suspect they'd trade places with Leeds. Using the cup games to try out new players or players in new positions is used a by a lot of the bigger clubs now.
Top

Yes it is time we started challenging seriously. Nothing promotes confidence than winning, I think we are more than capable of good cup runs in both domestic competitions. Whilst continueing to progress North up the prem table.
Top

It's what any sport is about for me, you try your best in every competition you play in.
One of my biggest disappointments is our Club have let us down badly so many times in the cups.
Top

Its a yes from me. Its our only realistic chance of silverware. Personally i would go for the FA cup and play as many first teamers as possible, we can still give the youngsters ago in the other cup (see its that prestigious i couldn't tell you who sponsors it these days).

We Marcelo at the helm we should start to finally believe we may win something again.
Top

Re: Should Leeds give the cup competitions a real go next season?

For me, it should be all focus on the league again. I think we should be qualifying for Europe next year, even aiming for a Top 4 spot. I like the idea of playing the backup in the cups. It's a chance for players like Gelhardt, Greenwood, Summerville, and Huggins. They weren't good enough last year. But as we establish ourselves as a top club again, our backup will get better and better every year.
We've been through it all together. And we've had our ups and downs
Top
Post Reply
8 posts • Page 1 of 1