Help support the site by using our Amazon Affiliate link when making any purchases from Amazon.
Post Reply
515 posts

... he seems to not fall down as easily or as often anymore, which is good he is far to talented to have that as his main weapon...
Side before self & MOT
Top

I often think players are encouraged to do this by the manager. Explains why some teams are notorious for it. Certainly something I could see Dean Smith encouraging, seems the type to want a win at any cost.

Certainly not the sort of thing I’d expect Southgate to ask of the players. As you said, Grealish looks a much more professional player when he isn’t diving about all over the place.
We are Premier League
Top

It's not good at all especially as struijk the man I would trust to do a job in kalvins place might be injured aswell. Cooper and llorente likely out for weeks too.
Top

That is really bad news

I saw Kalvin landing heavily on the ground, was relieved at the time that got up seeming a bit sore when rubbing his injury.

The perils of a small squad is coming back to haunt us!
Top

WhiteRose wrote: ↑Tue Oct 20, 2020 4:57 pm It's not good at all especially as struijk the man I would trust to do a job in kalvins place might be injured aswell. Cooper and llorente likely out for weeks too.

I haven't heard that Pascal is injured, he came off for Pablo IIRC purely as a tactical move..But Losing Kalvin for 6 games plus is huge, Klich or Dallas to DMF I would assume keeping Struijk and Koch as a partnership. Then we need a LB or CMF or a formation rethink
Honey dipped flim flam
Top

weasel wrote: ↑Tue Oct 20, 2020 5:27 pm A door opens for someone else - hopefully we get either Cooper or Llorente back for the Villa game and Strujk can move into dm

There are doubts about all three Weasel

Forshaw & Berardi are crocked & we have no Ben White anymore for the DM role.
Top

I see a major change in tactics upcoming...I cannot believe Bielsa would not plan for such events ...
Side before self & MOT
Top

If Struijk is fit then move Ayling to cb (i dont like him at cb but needs must).

Move Koch to dm where he played a lot before in Germany.

That way we keep a left and right sided cb on there preferred side.

Dallas to right back.

Harrison to left back

If Struijk is out to then i dont know lol.
Top

Just seen this on SSN. Bad news, we were quite lucky last season with injuries we are already stretched at the back. Credit to Phillips that he carried on, but he did seem to be moving gingerly.

As for Struijk if you watch the goal he is almost limping chasing after his man. Fingers crossed its only bad cramp with him? I feel that's will turn out to be his best position.
Top

I can see Davis playing if Struijk is out. Seems the only sure thing given the injury concerns but that would mean someone else stepping up from the U23s to the bench (this will maketh the man). Cresswell/Drameh?

For Villa, can we play Klich only in KPs role, using Davis at LB, Dallas at RB and Ayling and Koch as centre backs? Klich would be tasked with man marking Grealish which surely he has the legs and stamina to do.

Else an option is (again assuming Struijk is out injured):

Harrison to LB/LWB with Raphinha in front of him, Davis into left sided central defence with Koch at RCB. Ayling RWB and Costa/Poveda ahead. Dallas in place of KP. Or, Ayling as RCB, Koch LCB and Davis LB, Dallas at DCM but then who would play right-back?

If the injuries are as numerous as we fear then we’re in real bother. If not, then it’s a game of chess.

With Koch beginning to settle so well at CB I wouldn’t like to see him moved out. Struijk moving out with Ayling going to CB would be preferable. I fear that Bielsa may put Dallas in for Philips. Dallas has been excellent so far this season but he seldom does well in a central position. Moving Klich back would work but rob us of forward momentum as we have no one to replace him - hence all our hopes for a transfer to support this position.

It’s a puzzle, but as usual we will just have to trust Bielsa .......... and really pray for no more injuries or suspensions

If Pascal is fit i would leave the back 4 alone, can't see Coops being risked for a few more weeks now. Move Klich back and bring Raphinha in on the left and try Harrison in the Klich role. The lads got bags of skill and links play well and works like a trojan. Lets see if his thru balls are better than his crossing.
Top

I saw Kalvin landing heavily on the ground, was relieved at the time that got up seeming a bit sore when rubbing his injury.

The perils of a small squad is coming back to haunt us!

Fake news. In the championship Bielsa had a small team of 18 in the premiership he has a full compliment of 25.

What about Shackleton (Pablo 2nd half) in the CM with Klich?...And Rodrigo as an AM behind Bamford?... will mean playing a back 3 ...Struijk, Koch and Ayling...DM's Dallas, Costa, Harrison/Raphina... I am sure Bielsa will sort it ..
Side before self & MOT
Top

Reading some "piss me off" things on social and regular media about Kalvin.. "One clown said now we know he is injury prone...blah blah blah" which is ridiculous....anyone on here think he is injury prone?... Lots of comments about him being "way below par for the prem"... IMO we have become reliant on KP, and to what we have seen and come to expect he is a little below par....The reason for that (IMO) is he has performed well for England, and there lie's the rub, I think he is having a little difficulty combining his club role and his international duties (They are coming so fast), TBH I think this break will help Kalvin and therefore the team, I cannot see him getting the call in the next group of internationals... KP will be back to his best, for both club and country.
Side before self & MOT
Top

Kalvin goes to the wall 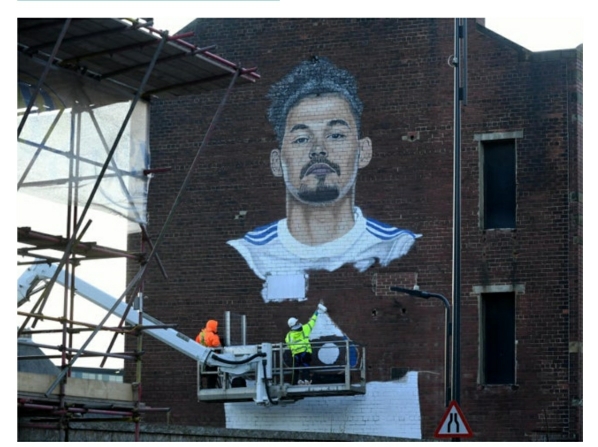 Sent from my SM-T515 using Tapatalk