Radrizzani: We do not want to be a selling Club


Good Morning. It's Wednesday 10th August, and here are the latest headlines from Elland Road...


We do not want to be a selling Club - Radz

For his latest podcast, Elland Road journalist Phil Hay (along with fellow Athletic reporter David Ornstein) travelled to Thorp Arch to Interview Whites Chairman Andrea Radrizzani. Fans have started to warm towards the Leeds owner in recent times, for giving a more honest and frank assessment of the goings-on behind the scenes at Elland Road, and less spin.

In the interview, Radz stated that he didn't want Phillips to go, but felt he couldn't stand in his way when Manchester City came calling. He also defended his decision to sell Raphinha, so they could reinvest the money, but insisted that he doesn't want Leeds to become a 'selling club'. Once financially stable, the Leeds Chairman hopes the Whites will be able to keep hold of their top talent, but is looking to the 'medium - long term' future.

Over time we need to be better at keeping some players, this is not a forever strategy. In time I think we’ll be able to keep our best players and make them lifetime Leeds. For Kalvin Phillips it was a different situation to Raphinha, Kalvin Phillips could have stayed here all his life and become the next captain. I didn’t want to let him go, he decided to go and it was clear to me that it was his ambition to play at that level.

It’s a shame that Phillips has left Leeds, because he would have been one of the club’s great captains. Liam Cooper is, of course, a brilliant leader in his own right, but Phillips was Leeds through and through. A local lad come good, Phillips understood the club in a way no other player truly did, but sadly, his talents meant that he was destined to join a Champions League team.

“With Raphinha it was more of a sacrifice to sell because we needed to buy players. We can spend £100million every year for three years and not have any income. The club will collapse. In the medium to long term, we will be able to maintain some of the talent. We do not want to be selling our talent all the time. The best model I think is the Leicester one so we need to be realistic and when there’s a possibility to build otherwise let go of some players at times.

Ligue 1 sides Nice and Rennes have joined the race to sign PSG starlet Arnaud Kalimuendo. The 20yo forward is surplus to requirements at 'Le Parc des Princes', though that's not to say that they will let him go on the cheap! The French giants have already turned down Leeds first offer of £16.5m, £4.5m shy of their asking price. Several reports are indicating that Victor Orta will increase their offer before the end of the week.

Kalimuendo has bags of talent, but is unproven at the highest level. The majority of his price tag is down to the potential he possesses, hence PSG wanting a buy-back clause in the future. With the transfer window closing in just under three weeks, Leeds are desperate to capture a proven goalscorer, even if they have to break the bank to do it. Media reports are suggesting that Leeds have reserved a transfer kitty of 40m for the right player.

Leeds face a Dilemma up front

Leeds are caught in a dilemma. They desperately want a top striker, but having missed out on their number one target (Charles De Ketelaere), have not been able to find a suitable alternative. They have been strongly linked to a host of forwards, though in reality, none are of the same quality as the former Club Brugge frontman.

We saw last season what can happen when injuries take their toll, especially when suitable replacements are found wanting. On the flip side, they don't want to be in a position that they take a £20m punt on someone that they are not convinced about, like they did with Jean Kevin Augustin. They could bring in a cheaper player as a stop gap, but that is also not ideal. 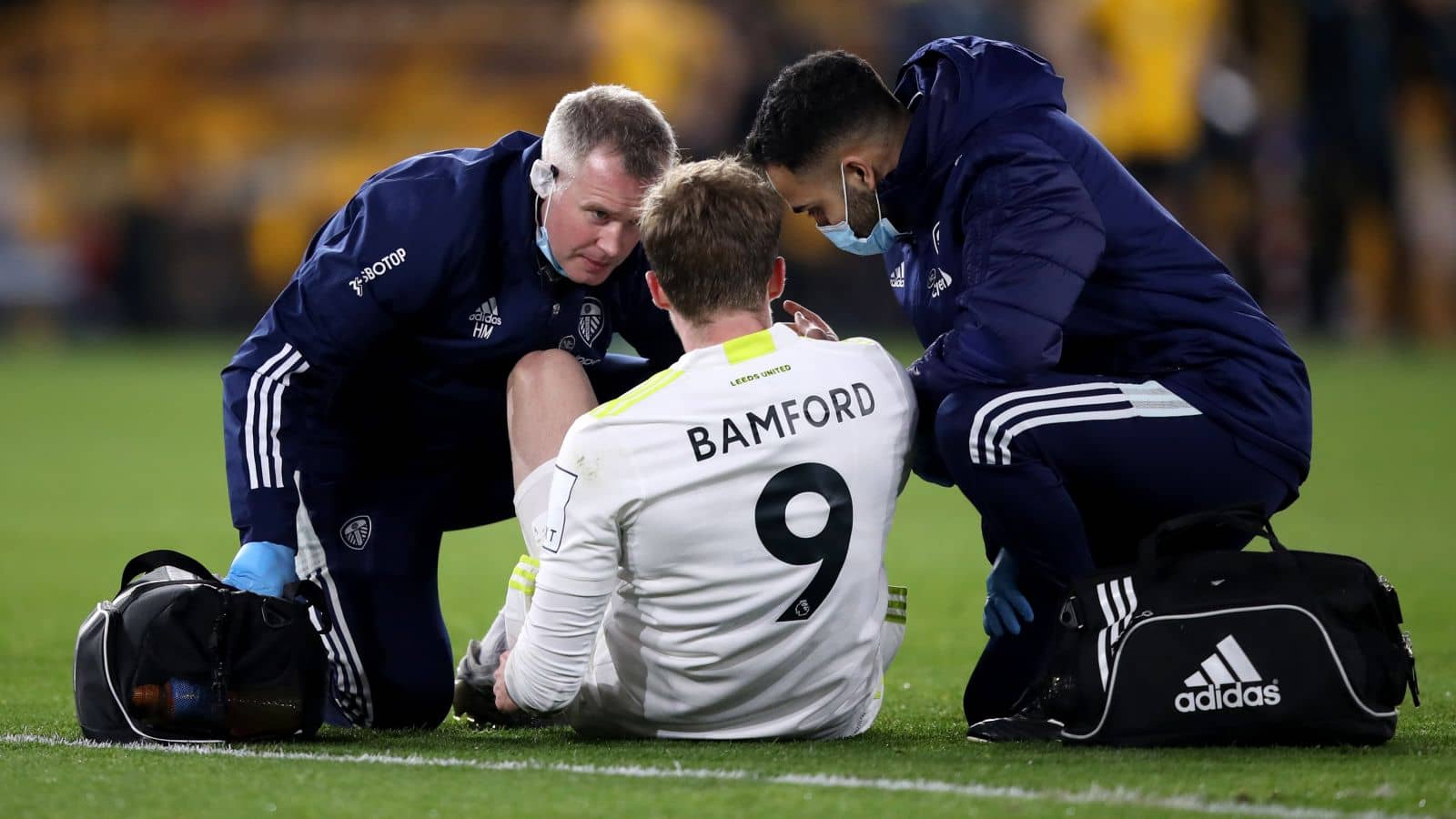 Byebyegeegee wrote: ↑Wed Aug 10, 2022 9:07 am “We do not want to be a selling club” yet our ambition is the “Leicester model” Leicester being, in fact, a selling club themselves! Some mixed messaging there I think.

I’ve no axe to grind with Radz at all, in fact I think, all in all, he’s done a great job at Leeds United! However, I believe under his tenure, with comparatively limited resources, we are always going to be a sell to buy club, and actually there’s nothing wrong with that strategy, all but a few clubs in the whole of the English leagues are in the same boat.

Unless you have a bottomless pit of money like Manchester City you need to buy cleverly (Raphinha) and sell hard (well no one so far), I can foresee Aaronson being the next in a year or two’s time. So that’s the way it will have to be, no point in obfuscation Radz, there’s no shame just admit it.

I think it's interesting that while we cite other peoples models, players of similar stature to Phillips have stayed at those clubs. Ward Prowse, Rice, Maddison .... Similarly look how long Villa held out over Grealish. Our next phase needs to be where we can remain attractive to our best players. So we can tell the rich clubs, pay 90 million or f/o. We really need to be pushing to Top 8 / Europa competitions before we can do that though. If we're happy at 10th to 14th. our best players will keep leaving.

Nails it for me Mental

I like Radz, without him, we wouldn't be in this league, he's done very well for us thus far, let's not try to run before we can walk.
As I've said previously, I don't personally think we'll get either a CF or LB before January, and good chance we won't now till next season, I'd hate to lose Joffy just to appease some folk in their quest to get a CF.
Sailing club, nah, I don't want to become one either, football is enough

“The best model I think is the Leicester one

Leicester are flat broke transfer wise with a manager publicly complaining about a need for investment.

The Leicester model was built on being Premier League Champions and having had pushing £400mil of ownership investment over the last 10 years.

All it takes is 1 or 2 bad transfer windows and you end up like Leicester are now.

Radz either doesn't understand the Leicester model or is deluded.

It's a totally flawed strategy originally reliant on investment he simply cant fund and am achievement we can only dream of with scouting we have shown no where near the ability to get close to.

Wish he would stop mentioning it.

All our news articles, comment and editorials including the LUFC Breakfast Debate.

Our forums and message boards where you can debate and discuss all things Leeds United with like minded fans.

On This Day: Leeds put in faultless display to annihilate Besiktas

Leeds United 6, Besiktas JK 0 Champions League, Phase 1 Group H After beating AC Milan 1-0 United had only managed a 1-1 draw at Derby County, and United had slid down to tenth in the Premier League,...

It’s been quite the week for Leeds United’s youngsters. First of all a new Amazon documentary 'Academy Dreams: Leeds United' dropped on Friday. The eight part series, narrated by Leeds United cult...

Articles about Leeds United’s history including some our our greatest players and most important games.

Joffy admits lack of game time have affected his performances