Help support the site by using our Amazon Affiliate link when making any purchases from Amazon.
Post Reply
7 posts • Page 1 of 1

Good Morning. It's Thursday 31st October, and here are the Leeds Utd headlines...


Klich to sign new deal - but will it avert interest from Burnley?

It is understood that Leeds midfielder Mateusz Klich is to be signing a new three year deal with the club. Although the 29 year old has not been able to replicate the form of last season, he has been a regular starter in Bielsa's XI. What impact will this have on long term admirers Burnley? The Clarets are set to make a bid for the Polish International in the January transfer window. Currently, Klich's deal runs out at the end of the season. hence Burnley's interest to snap him up at a fraction of his value.

What value would you put on the Pole? Would you let him go in the January transfer window? Are Leeds extending his contract to increase his value? The FA are still investigating an alleged racist incident involving Kiko Casilla. The 33 year old shot stopper was accused by on loan Charlton forward Jonathan Leko of using insulting and racial language towards the Congo International earlier in the season. A six match ban awaits should the Spaniard be charged and found guilty of the offence!

How important is Casilla? Recent stats show that the former Real Madrid keeper has saved 81 per cent of the on-target shots he has faced in the league this season, the highest in the division. Also, no Championship goalkeeper has made more accurate short passes than Casilla this term! Although, not Leeds related, it does involve a promotion adversary. Derby County have sacked Richard Keogh!

The 33 year old suffered a serious knee injury in a car accident where he was a back seat passenger. Fellow Derby players Tom Lawrence and Mason Bennett were driving their respective vehicles when they collided. All three Derby players had been drinking heavily, Lawrence and Bennett fled the scene. They later admitted to drink-driving charges, were both fined the equivalent of six weeks' wages - the maximum contractual limit - by Derby.

At court the pair were ordered to do 180 hours of unpaid work and were disqualified from driving for two years. Whilst Lawrence and Bennett have resumed their careers as if nothing has happened, Keough faces twelve months on the sidelines due to the injury he sustained in the drunken melee. The club asked Keough to take a hefty cut in wages, due to the fact that he can't play! Keogh refused, and they have terminated his contract!

On a positive note, I'm sure the arrival of Wayne Rooney in January will enhance the Rams high standing and reputation. 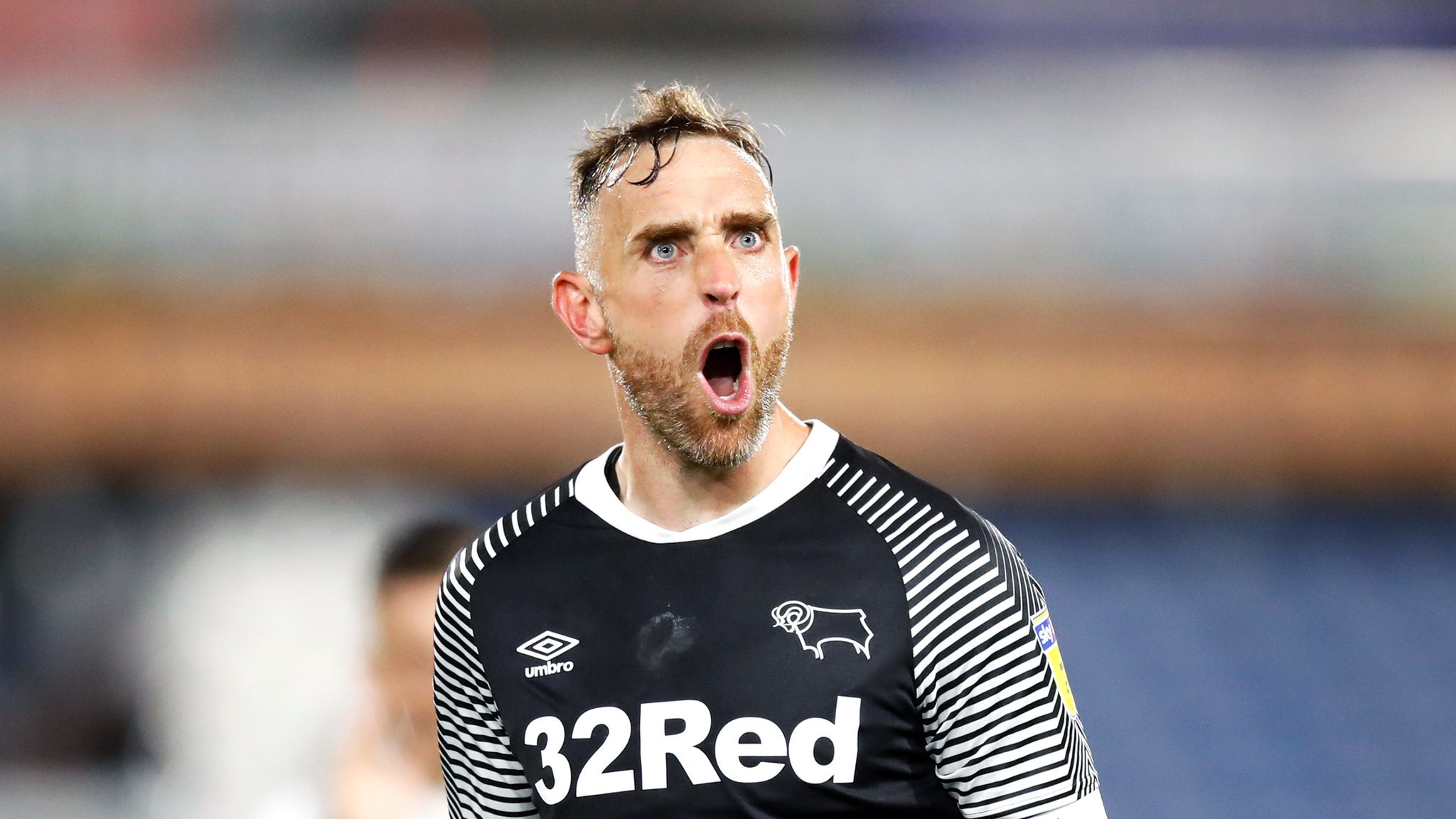 It looks like both Cooper and Shakleton will both start against QPR!

Have we missed them?

How much difference will Shackleton make?
Top

After EB et all

Kiko is key to how we perform, this season already the best keeper in the league so you can guarantee the corrupt EFL ( CEFL) will hit him hard, expect a fine over Scumwalls £60k and at least 6 match ban, “Cause the CEFL are serious about cracking down on racism” which is like Trump saying one of his “best mates” is black or that he respects women

Derby are a disgrace as said elsewhere, I don’t like Keogh but I hope he takes the Rams to the cleaners

We’ve missed both Coops and Shacks so good to have them both back
A bumble bee under the laws of physics shouldnt be able to fly, but it does because no one has told it that it can't
Top

Kiko is key to how we perform, this season already the best keeper in the league so you can guarantee the corrupt EFL ( CEFL) will hit him hard, expect a fine over Scumwalls £60k and at least 6 match ban, “Cause the CEFL are serious about cracking down on racism” which is like Trump saying one of his “best mates” is black or that he respects women

Derby are a disgrace as said elsewhere, I don’t like Keogh but I hope he takes the Rams to the cleaners

Its interesting that we see Klich as being one of our best players. Our midfield is not as strong as I would like.
Top

On his day Klich is excellent, undoubtedly most effective when Pablo is playing, and I think he started this season well but he has definitely been below par recently.
Let's hope it is only a small dip in form and I think he will benefit from having Shackleton along side him rather than Dallas.

I do hope Mel Morris is squirming with embarressment at all the negative press after his 'holier than thou' attitude during spygate.
Keoghgate is due to run and run I think.

Would Kiko Casilla really be so stupid as to make a racist remark during a game?
I do hope not. And how will they prove it?
Have any other Charlton players claimed to have heard it?
Top

The sooner Klich signs a new deal the better, he’s just off pace a little by his standards, he’s a key player and I wouldn’t have any fears for him in the premiership either, so I think his agent is making sure he knows all his options!
Kiko, there is zero hope of him escaping a ban, I don’t even know what was allegedly said or happened and I know he’ll be banned.
Pretty horrible what Derby are doing to Keogh, when you compare the punishment to the other two, non injured, younger players. Surely he’ll take them to the cleaners for unfair dismissal?
I realised I was dyslexic when I went to a toga party dressed as a goat..
Top

Klich was imo one of our best players last season and his contract should have been a priority ahead of Ayling, Cooper and Dallas.

Dont blame him for his form dropping off he is playing out of position and that is down to management and poor recruitment for 12 months.

Kiko i hope he is innocent he has been probably one of our top 5 performers this season and is certainly for me the best goalie in the league.

What i dont know is how do you prove it?

Surely without footage its impossible to prove guilt beyond reasonable doubt.